For the most part 2017 has not been the year of Deftik Angling, minimal fishing has taken place replaced by family outings and a ridiculous amount of metal concerts. While this isn't a bad thing it makes for little to write about on a fishing blog and doesn't exactly excite the fishy blog followers. The fishing that has taken place thus far has been baby oriented, establishing those who will be instrumental to the future of Deftik Angling. The Russo babies have been making some serious strides.

Here is Skylar's lifer Rainbow Trout and Golden Shiner, both of which she lost her mind upon catching. 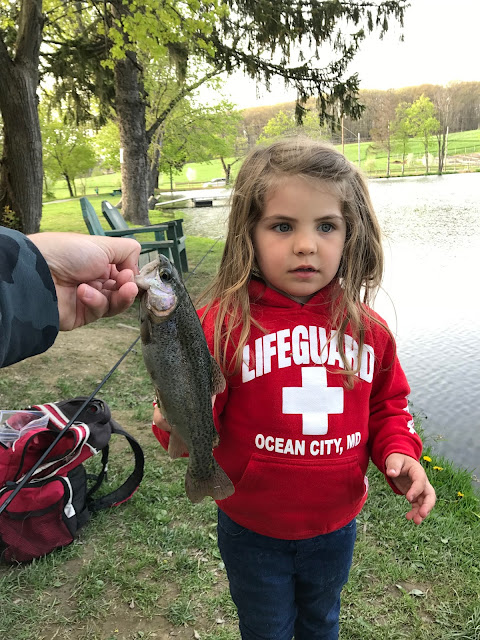 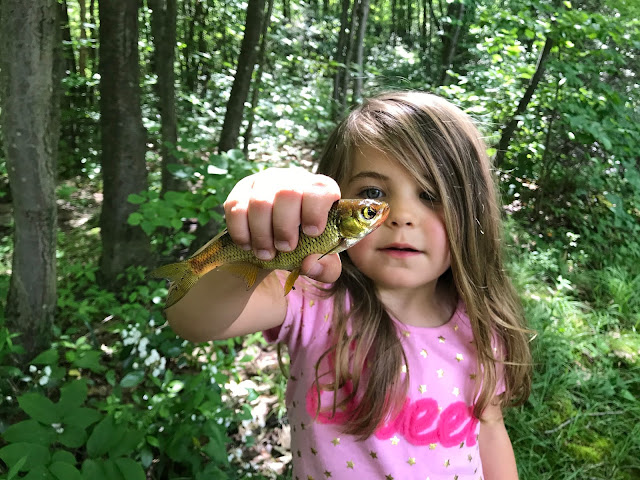 The rest of the family has been along for the ride, I like to highlight the catching of lifers and PBs (Personal Bests) but just getting out with the family is sometimes just as fun. Below is what Baby Tony, Kori, and Madelyn have been up to. 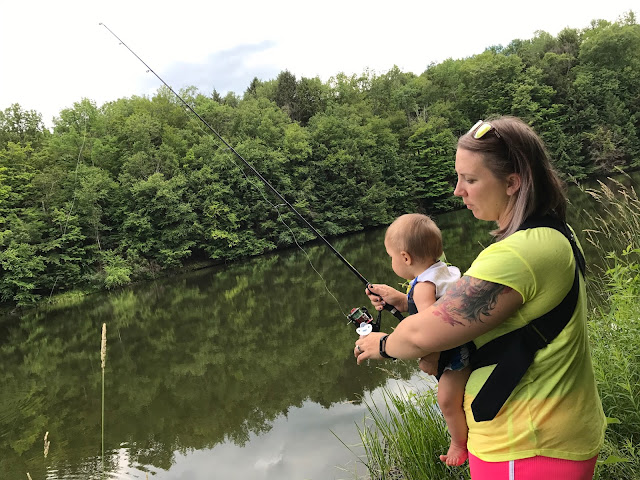 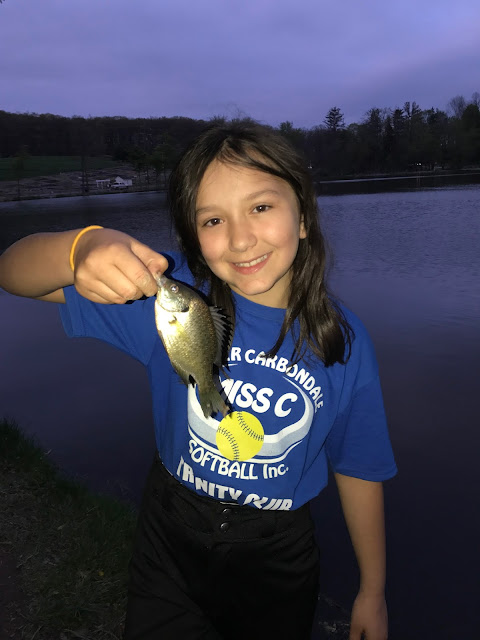 Just because the first half of 2017 has been at an all time slow, doesn't mean the latter half isn't currently being assembled to rattle down the tracks at breakneck speeds. I guess you'll just have stay tuned...
Posted by Deftik at 8:48 AM